It’s the night of the Oscars and we’re reminded of the recent disappointing news that an irreplaceable antique Martin acoustic guitar was destroyed in the film The Hateful Eight.

Apparently, in a scene where Kurt Russell’s character decides to stop Jennifer Jason Leigh’s character from playing the guitar, there was supposed to be a cut. At that point, one of the six “stand-in” cheap copies of the guitar was to be swapped in which Russell could then use to smash it in anger.

Russell was not told this.
Tarantino didn’t yell “Cut!”.
The priceless gem from the 1870’s was destroyed:

This is especially distressing to our own Scott Lane – a renowned collector of guitars, who has been featured in Guitar Aficianado. 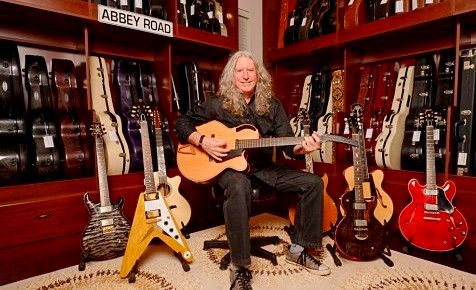 From Scott:
“I was heartbroken to hear and see this. What a senseless waste of history and art! Can you imagine the amount of “soul” this instrument had? I’ve played several antique Martin guitars and most are incredible instruments. The craftsmanship and passion that goes into them is immeasurable…their place in guitar lore and history is priceless.” 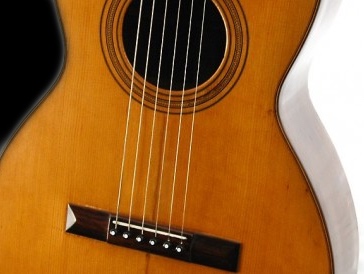 From Martin Guitars:
“We’ve been remunerated for the insurance value, but it’s not about the money. It’s about the preservation of American musical history and heritage. As a result of the incident, the company will no longer loan guitars to movies under any circumstances.”

Good luck to all the Oscar nominees. We note that two great music documentaries are nominated: Amy and What Happened, Nina Simone?

More coverage on the story: