A “dark horse” is someone who defies expectations, comes out of nowhere, and emerges victorious. During World War II, there was a B-17 bomber piloted by 1Lt. Carl Fyler called “Dark Horse” shot down in Germany. Four members of Fyler’s crew perished, and he was held captive for 510 days before being returned to America. Fyler’s journey was a heroic “against all odds” tale.

In the 1970s, two friends, Don Mularz and Scott Lane, had a promising band called Breeze that flamed out after a grueling period of poor music business practices and mismanagement. Four decades later, the two have reenlisted in the mission of music; they call their new band Dark Horse Flyer. The band’s debut, Breakaway, represents Don and Scott’s own “against all odds” tale. 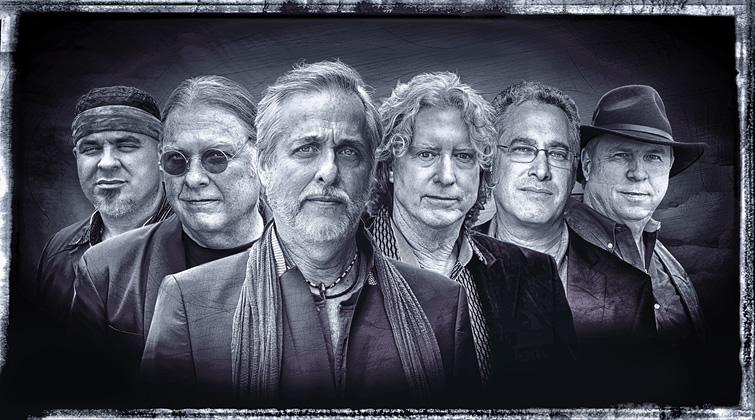 The musician’s first mission began back in 1974, when Don and Scott were students at Broward Community College, and burgeoning songwriters and musicians with an affinity for Steely Dan, James Taylor, Tom Petty and the many other forefathers of what now is considered prime classic rock. The two promising talents formed the band Breeze, and a little while later welcomed hotshot guitarist John Tillman into the brotherhood. Sadly, Breeze never got the chance to live up to its potential. The band did a handful of shows and recorded an album, Last Mango in Paradise, that it was never able to release.

The unreleased album would be the band’s epitaph. Breeze was a casualty of unsavory music business practices that ultimately broke the spirit of the band. “In all honesty, the whole thing was a real emotional let down for me. It took me a long time to get over it, so I decided to focus my energy elsewhere,” Scott reveals.

Scott channeled his drive into success in the corporate realm, while Don soldiered on as a singer, songwriter, and guitarist, actively gigging and releasing albums. Throughout the decades away from Breeze, though, the two remained friends and, sometimes, collaborators. “There was always a thread with me and Scott. He wrote with me, took photos, and contributed artwork to my projects,” Don explains. Guitarist John Tillman remained on the periphery, guesting with Don’s band Split Decision while pursuing a career as an in-demand professional musician with resume highlights that includes performing with Gary “U.S.” Bonds, The Coasters, The Shirelles, and The Platters. 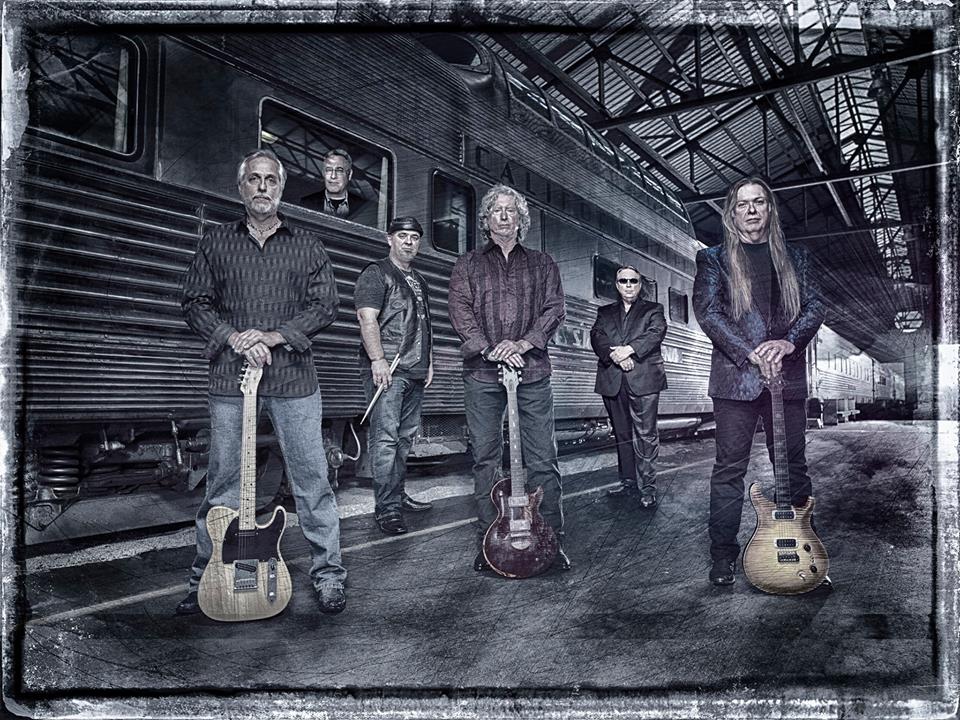 In 2011, Scott was thinking about making some major life changes, contemplating diving back into music. “I had had a successful forty-year track record in business,” he says. “I understood the music business now way more than in the 1970s. I felt with my background I could help us succeed where, I felt, we failed before. I could right the wrong,” he says.

Reinvigorated, Scott, along with Don, decided to try and reunite the original members of Breeze, but, as it turned out, due to various commitments, Don, Scott, and John were the only ones available to partake in the new adventure. Undeterred, the trio set out to find bass, drums, and keys. Dark Horse Flyer ultimately gelled around the expanded lineup of some of South Florida’s finest musicians, including bassist Richard Taylor, keyboardist Bob Taylor (who previously recorded with Don’s band Split Decision), and drummer Raul Hernandez. New recruits Bob Taylor and Raul Hernandez have separately shared the stage with such notable artists as Ernest Ranglin, Buster Poindexter, Etta James, Temptations, Kansas, Chuck Berry, and The Gin Blossoms.

Breakaway is sequenced to be a dynamic experience. It opens with the instrumental tour de force “Hurricane,” a jolt of driving and muscular bluesy riff rock with soaring and fluid lead guitar breaks. It’s an arresting “go for the jugular” album introduction and is thoughtfully followed by the tranquil cool of “Seasons Four,” a sophisticated composition with gorgeously rich jazz chords and engagingly winsome melodies.

There is an engrossing Side One/Side Two flow to Breakaway, with the album’s second half beginning with “You’ve Got Your Reasons.” The track has an immediacy and raw emotionality that’s startlingly direct for an album crafted with thoughtfully opaque lyrics. The burly riff rock of “Evil Woman” offers a nice sonic counterpoint to the other tracks; it’s a slice of good time party rock n’ roll that lightens the mood. Throughout the album, the band’s top flight musicianship shines brightly, but the smoldering Latin-rock numbers “You’ve Got A Hold On Me” and “No Good,” are undeniably virtuosic and profoundly showcase Dark Horse Flyer’s gnat’s ass tight rhythm section.

Lyrically, Breakaway has a layer of mystique with intriguing scenarios and perspectives on relationships laid out but, cleverly, never tidied up—outcomes are left for the listener to ponder. The title track is a prime example of this artfully intriguing writing. “That’s about big events in life, you’re given the choice to stay or break away. A lot about life is how you react to big decisions,” says Don, Dark Horse Flyer’s main songwriter-vocalist. “I like the ambivalence in this song because you never really know if the person stays or breaks away.”

The album was produced by Don and executive produced by Scott. The two sought out the finest outside resources to enhance their work. When it appears there is a gospel choir or a sultry angelic duet singer, that’s the talents of famed backup vocalist Beth Cohen who has worked with Barbra Streisand, Pink, Julio Iglesias, Kelly Clarkson, and, more recently, Barry Gibb. Don and Scott also had champagne tastes when it came to mastering and flew to LA to have Bernie Grundman (Michael Jackson’s Thriller, Steely Dan’s Aja) apply his deft sonic touch to Breakaway.

Contemplating the journey, Scott says: “It was healing. I can honestly say this time we accomplished everything we wanted to musically. We rose up from being left in the dust 40 years ago.” Don adds: “This brought me out of the foxhole I was in for a long time. This has been the most fun working together, and it’s better than the old days. It took us 40 years, but we’re at the top of our game.”

“Music is the mission.” 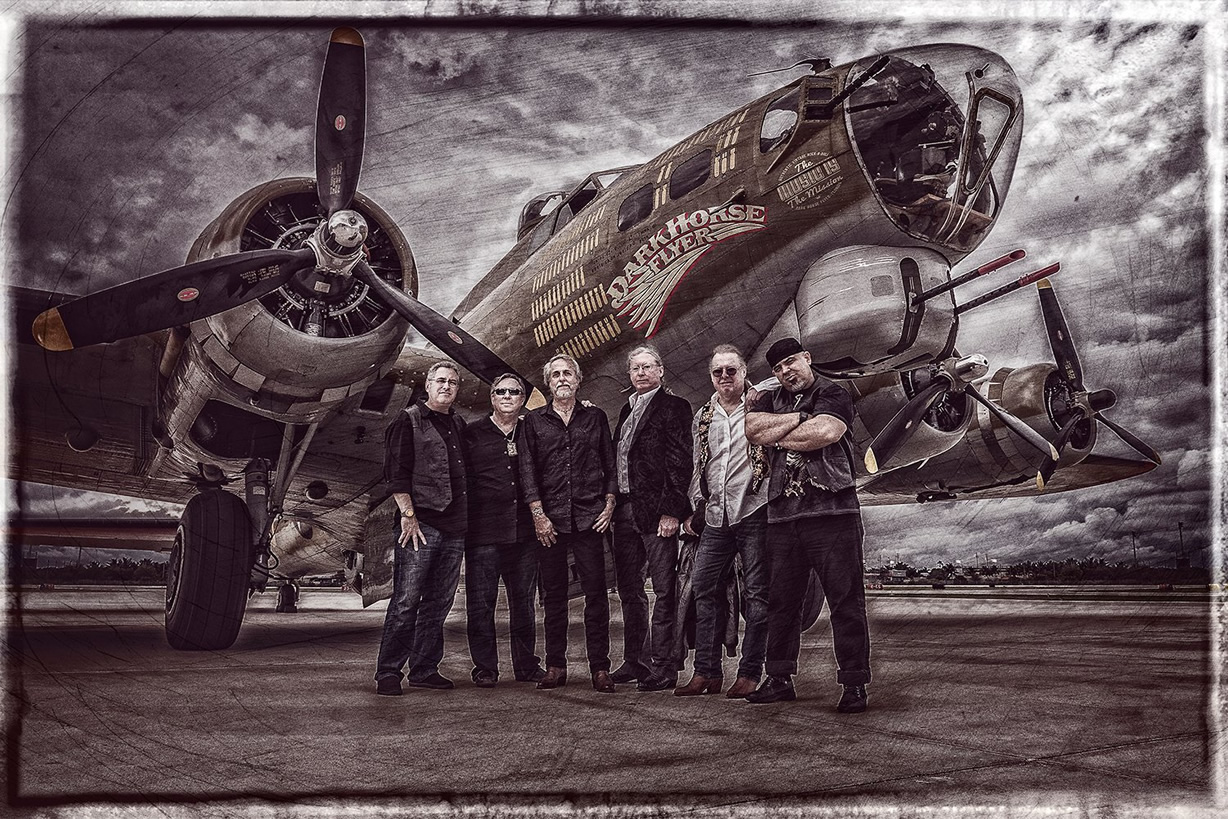