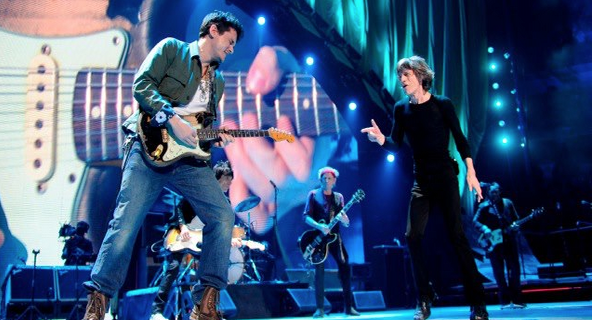 Another artist we like a lot is John Mayer. Take note DHF friends in Australia, New Zealand, Japan, Korea, Sweden, Norway and Denmark: they’re coming your way over the next several months. Mayer keeps an interesting Tour Blog.

A reviewer from Contact music said this about his shows in Oct. 2013:

“There are very few artists who can fill an arena but make every audience member feel like they’re at a small intimate venue; John Mayer is one of them. Playing his last European show in support of two albums released in quick succession, Mayer was keen to put into context his new trajectory in a live setting. Following recent throat surgery it’s clear that his voice hasn’t suffered, although as you’d expect he prefers his guitar to do the talking.”