We’ve been selected again to appear on the Relix Magazine Sampler!

This is for the November issue with Ryan Adams on the cover.

Other artists on the CD include:

Pick it up your newsstand!

Also of interest on the Relix site, is a review of Dave Grohl’s excellent “Sonic Highways” series.

The project, like its creator, is ambitious and while the songs are great, that’s not what makes Sonic Highways a success. The achievement here is in the rare ability to showcase the importance of process over product, and that comes from Grohl’s genuine curiosity into our collective musical identity as well as his own. 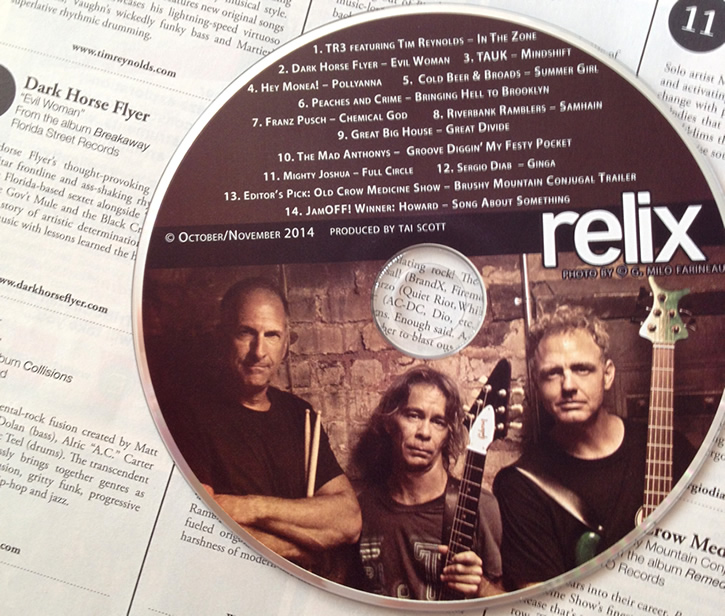